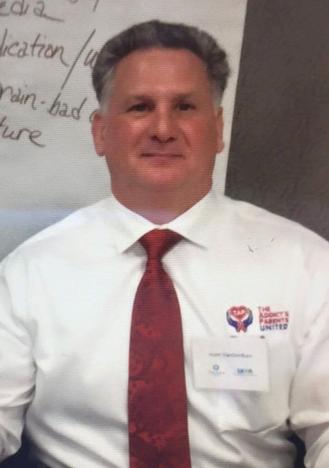 My father was in the United States Air Force for 32 years. So I lived in many different states when growing up, Illinois, Wisconsin, New York, England, Virginia, Oklahoma, Ohio and Florida.

A little about me, I attended Miami University in Oxford Ohio. After graduating from Miami in 1979 I went on to law school at Capital University Law School and graduated in 1982. I started working as an intern in the Franklin County Prosecutors office during law school in 1980, then went on to be an assistant prosecutor. My focus at that time was on child abuse cases for his first seven years. Then I went on to prosecuted rapes, robberies and murder for seven more years.
In 1995 I was elected as Judge of the Franklin County Municipal Court. I went on to start Mental Health Court, Drug Court, Veterans Court and Heroin Court.  I retired in January 2016 to fight the heroin epidemic.
I want to pursue my passion of being a catalyst and adviser for the implementation of drug court programs throughout Ohio and elsewhere.  The program I previously ran realized a 70% success rate -- 70% of the people going through our court graduated, stayed off drugs and avoided prison!
I’m excited to be working with The Addict’s Parents United team, and working to help more of our kids get judicial justice, and the help they need, which in most cases is NOT prison.